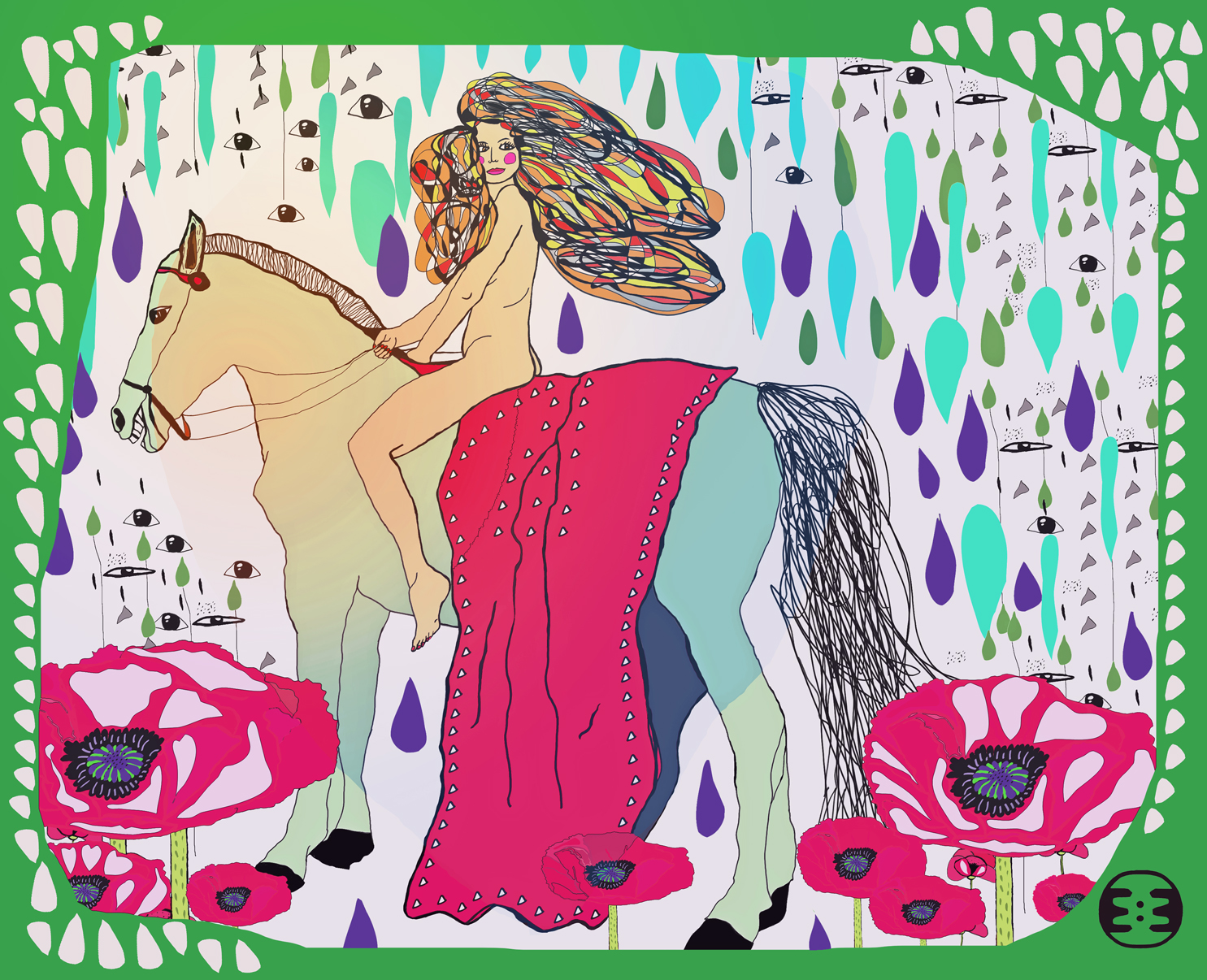 Godiva, in Old English Godgifu, was a late Anglo-Saxon noblewoman who is relatively well-documented as the wife of Leofric, Earl of Mercia and a patron of various churches and monasteries. Today, she is mainly remembered for a legend dating back at least to the 13th century, in which she rode naked – covered only in her long hair – through the streets of Coventry to gain a remission of the oppressive taxation that her husband, Leofric, imposed on his tenants. The name “Peeping Tom” for a voyeur originates from later versions of this legend in which a man named Thomas watched her ride and was struck blind or dead

Lady Godiva took pity on the people of Coventry, who were suffering grievously under her husband’s oppressive taxation. Lady Godiva appealed again and again to her husband, who obstinately refused to remit the tolls. At last, weary of her entreaties, he said he would grant her request if she would strip naked and ride on a horse through the streets of the town. Lady Godiva took him at his word, and after issuing a proclamation that all persons should stay indoors and shut their windows, she rode through the town, clothed only in her long hair.